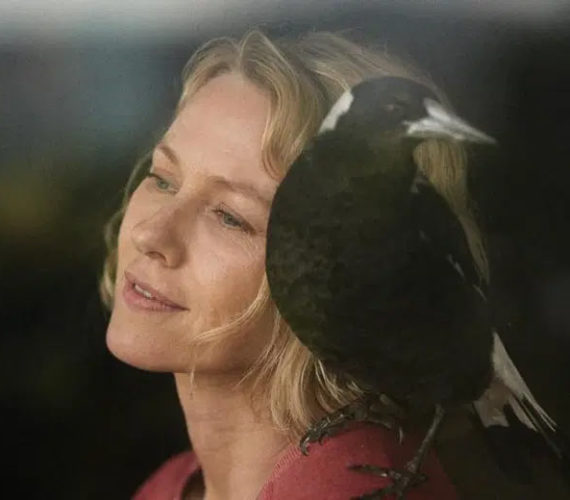 Here at Baxta, we love a good film about an animal, but even more so when it’s about pets.

That’s why we’re very excited about the release of Penguin Bloom tomorrow, (21st Jan) in Australia.

Based on a true story, the story is about a family who takes in an injured magpie who becomes a big part of their family and their very own pet (although he often makes trips out into the world and returns).

The baby magpie was rescued by the family’s son Noah, after he had been injured and took him in, to prevent further injury.

They named the little magpie Penguin, as not only did she waddle when she walks, but also because she’s black and white.

The film stars Rachel House, Naomi Watts and Andrew Lincoln with a focus on Naomi’s character Sam, who after a terrible fall, is left paralysed. This leaves her bed bound and struggling to make progress phsyically and mentally, until the new addition of Penguin to the family. They form a strong bond and Penguin becomes Sam’s BFF, which we totally understand.

Like a lot of pets, Penguin brought hope to the family and is a real testament to the power of friendship between humans and animals. Something we can definitely get on board with!

“We all fell in love with the life-affirming nature of Sam’s story and her undeniable spirit. The emotional journey she and her family go on after Penguin enters their lives is unforgettable. We have a wonderful partner in Netflix and we’re delighted they will be bringing ‘Penguin Bloom’ to audiences around the world,” the producers said in a joint statement.

You can watch the film from tomorrow at cinemas across Australia.

REVIEWS
“It’s a credit to Watts’s performance and Ivin’s understated direction that this woozy vision of emotional and physical healing sings.”
– Time Out

“The Bloom family’s willingness to share their story could boost your spirits and serve as a very effective reminder of what we can overcome with the people we love.”
– Collider

We’d love to see you as part of our community! Download the Baxta app, connect with other pets and share your pet’s updates.